And she is unstoppable.

Chris takes a “shoot now, ask questions later” approach to life, and she takes both parts of it very seriously.

You see, she’s also the smartest gear user (for however much that’s worth).

She gets good grades, she’s been accepted to college, she’s pretty good at figuring things out on her own.

And so, as much as she may seem to act rashly in the moment, she’s always reflecting on the results of what she’s done, how she can atone for them, and what she can do better next time.

Chris has had it super rough. She’s a war orphan whose parents were killed trying to bring peace to the world through music, and since then, she’s been tortured, abused, and manipulated by everyone who was supposed to care for her.

If there’s anything Chris has had enough of, it’s war and abusers. Until she met Hibiki, she’d made it her mission to destroy anyone with the power to start a war, but she’s since chosen to use her own power to help and empower victims of conflict, and be a positive example to the people under her watch.

Understandably, she developed a resentment for music after what happened to her parents (which remember, in this show, is a metaphor for forming connections with people), and became the extremely internal person she is now - extremely spiky and unwilling to open up to people or accept their affections.

Her arc throughout the series has been about her learning how to trust people again, finding friends that accept her for who she is, and turning around to do the same for others. It’s just… it’s the sweetest thing

Chris is a fan favorite, because for all five seasons she’s pretty consistently had some of 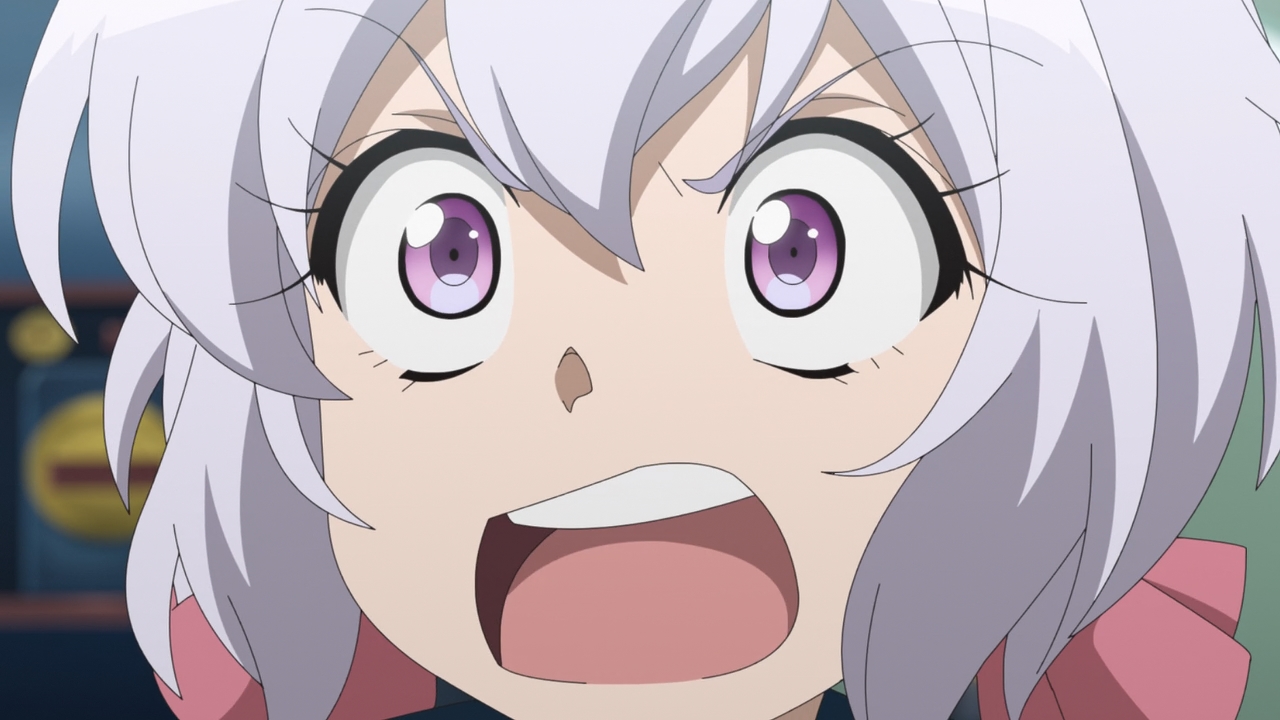 And the best character arcs throughout the series.

Chris’s songs are… something else. First of all, that “HYA-HA, GOOO TO HELLLL” line is absolutely iconic. But yeah, all of her battle songs are about like

IF YOU WANT ME TO SHOOT YOU IN THE HEAD, GET IN LINE, PAL

WE’VE GOT A SALE ON BULLETS AND BUTT-KICKING

But then all of her b-side songs are like

Is it okay for me to smile?

All this kindness from my new friends is a miracle

That makes my heart tremble With overflowing tears Like melting snow

A light in dark despair

A place to call home.

And if that isn’t a mood then I don’t know what is; what a precious angel.

Chris’s red symphogear, Ichaival, is named after what JRPGs seem to think is Odin’s bow. She plays a little fast and loose with that - when her Arthemis bow isn’t cool enough, she upgrades to Billion Maiden gatling guns and Megadeth missiles, often of ludicrous proportions (and keeps a pistol on her for good measure). Many of her attacks are based on Gundam weapons and tokusatsu series. She can clear an area of Noise in no time, and smart as she is, she delights in coming up with ridiculous new ways of using her missiles, like riding them into battle.

And when her arsenal isn’t enough? Just make it bigger.

Chris “Put Your Hands Up” Yukine

Let’s get a glimpse of how she fights, why fans lovingly call her “Zenbu”, and one of her most touching moments of character development.

Chris gets one of the best fight scenes in the entire first season with this amazing sequence versus Hibiki.

But while she may have had good reason to hate singing then, she… eventually warms up to it (check out the clip on the official Symphogear Youtube channel).

Her parents would be so proud

Oh, and if you’re new to the series and you’re wondering why Chris was attacking Hibiki in some of those shots, she was one of the main antagonists of the first season. But if you read the origins page, you may recall one of the ways in which Symphogear takes after Lyrical Nanoha… Also I love that Chris has canonically upgraded her primary weapon from crossbows to guns as a direct result of having watched the film Equilibrium between seasons.

Chris “Go Do That At Home” Yukine

But wait, you say, all the other characters are semi-canonically shipped up with someone - Hibiki and Miku, Tsubasa and Maria, Kirika and Shirabe - but what about Chris? Chris needs love as much as anyone!

Well, I’m happy to report that, as you can tell from this revolutionary shipping chart I found while lurking on the Symphogear subreddit, everybody loves Chris. 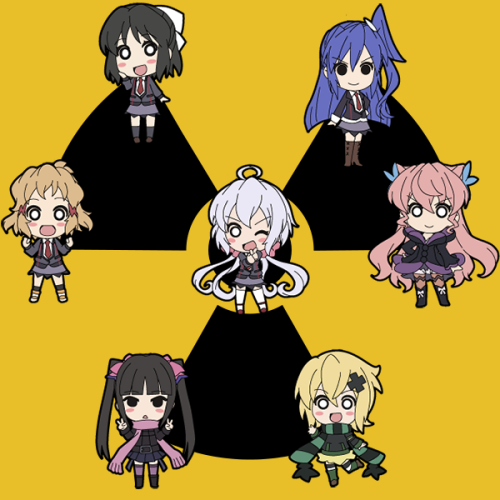 I mean, how could you not!

She still won’t call Hibiki and Tsubasa anything but “That baka” and “Senpai”, though.