So now that we’ve mathematically derived Symphogear from its constituent parts, where can you actually watch the show? The phrase “Watch Symphogear” has itself achieved a minor meme status, as everybody’s got that one friend that keeps trying to get them to watch it. Even if you didn’t before… too bad, you’re stuck with ME now!

In case I’ve somehow managed to convince you to Watch Symphogear, all 5 seasons are now available on Crunchyroll. This is something that we do not take for granted given that it took them two years to get the rights to season 4, during which time I’m pretty sure their social media guy Miles got asked about it on Twitter several times a week. Symphogear fans are a persistent bunch, what can I say? What’s more, Discotek has also finally gotten a home video license for the series after all these years! They’ll be releasing Season 1 on Blu Ray in 2020! Please buy it so they can release the rest of them, too! Discotek’s releases are routinely very high quality, so it’ll be worth it, I promise! 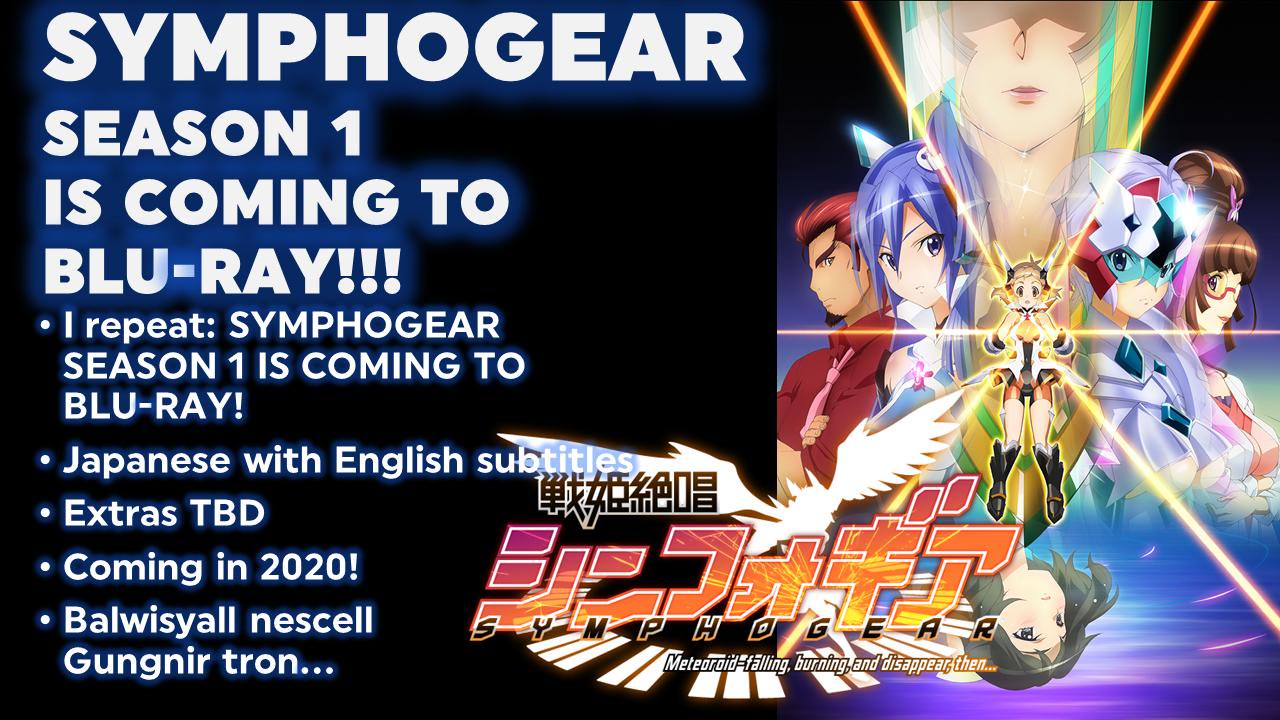 UPDATE: The Blu Ray is finally available! Release date is October 27! You can get it here: https://www.rightstufanime.com/search?keywords=symphogear

And they’re releasing G too! And it includes the Zesshoushinai specials! Let’s GOOOOOOOO!