Create a history, with the light God could not know

And last but most certainly not least, the culmination of all this hype, in July of 2019 we received the gift of the fifth and supposedly final season, Symphogear XV. It’s fitting that the tagline - “Create a history, with the light God could not know” – is a reference to the lyrics of the concert scene that started it all, because this season has been a victory lap of homages, callbacks, and fanservice of the best possible kind. 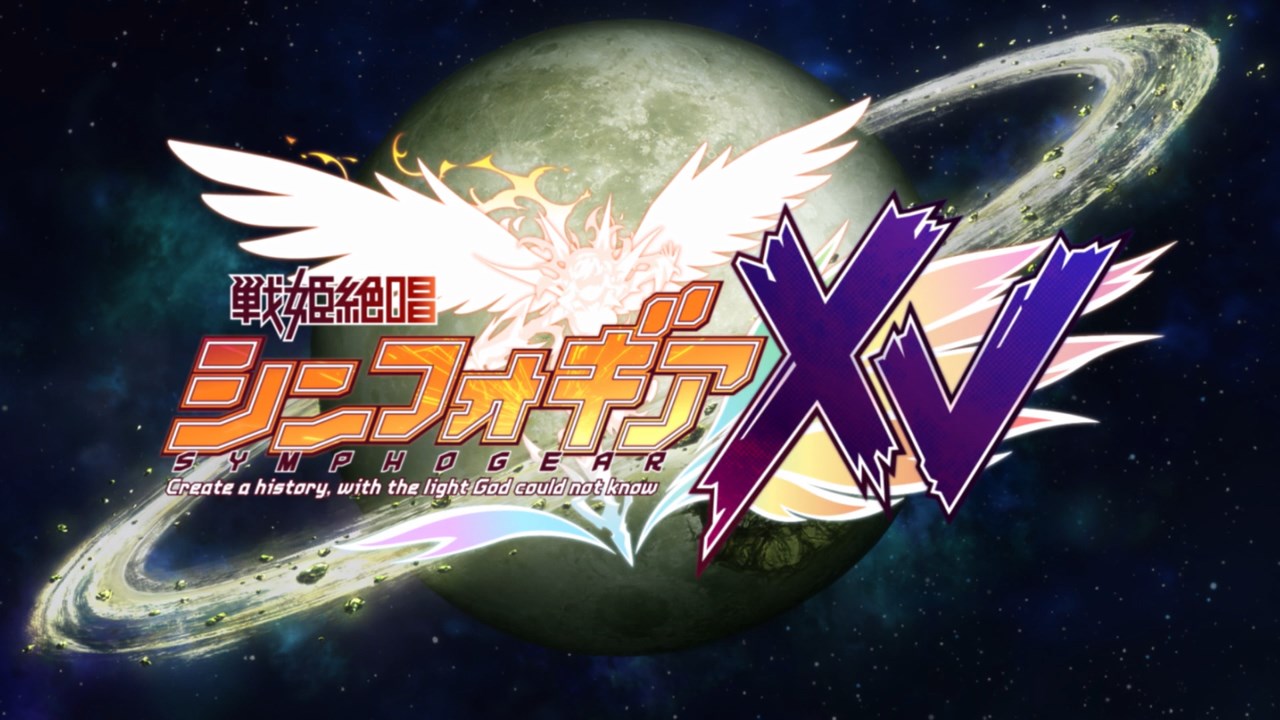 The animation quality has been ratcheted up to eleven this season – the concert scene is peerless, the fight scenes are stellar, you saw on the Summary page what the transformations are like. The plot’s little more than an excuse for a continuous stream of cameos and combo attacks, but that’s really all it needed to be, and it carries us to the moon and back. Episodes 8 and 13 especially had me just hootin’ and hollerin’ from the couch. (Also, both the new S.O.N.G. uniforms and the Amalgam outfits look absolutely RAD)

I just… wish we could’ve gotten more of an epilogue. Like, even one of those 80s movie ones where it freeze frames and says they went on to become an astronaut or whatever. I just wanna know how my girls are doing!

But to try and string all this together, the basic idea is that a racist old grandpa who hasn’t gotten over the fact that Japan lost World War II manages to summon an ancient being that I believe is supposed to be the Judeo-Christian God in hopes of using Her as a weapon to defend his glorious nation, but instead She steals the main character’s wife with Geass powers and resumes Her plan to turn humanity into the living calculator She designed them to be, presumably to compute the Ultimate Question whose answer is 42.

The old dude is Tsubasa’s sicko grandfather Fudou, a nationalistic incestuous dinosaur of a man who’s been pulling the strings at S.O.N.G. all this time from behind the scenes (made all the more imposing by Mugihito, the voice of Kinzo from Umineko). He spent most of his time this season bullying Tsubasa with mind control because apparently the poor girl hasn’t been through enough – that whole arc was kind of a mood killer for all the other hype that was going down TBH. He’s also recruited a band of half-monster Illuminati outcasts – Noble Red – with the promise that the power of god can help them restore their human bodies, a promise that he of course never intended to keep. 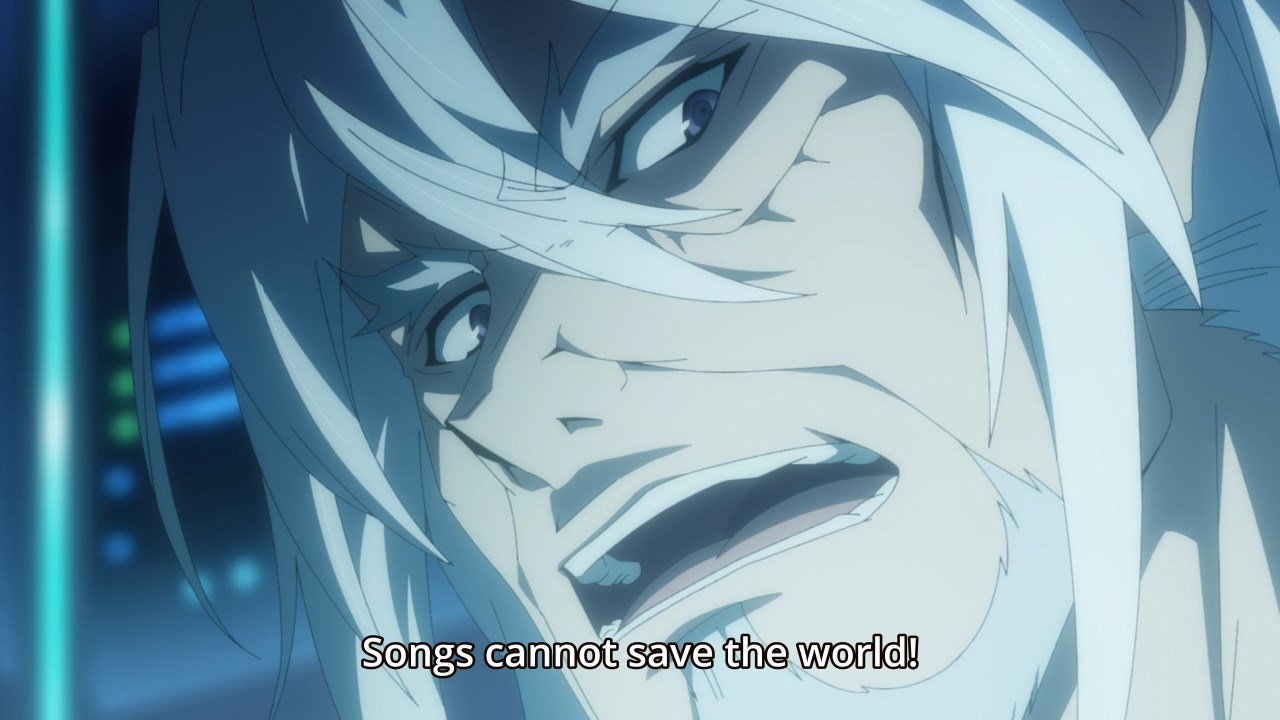 Noble Red is comprised of Vanessa the cyborg Frankenstein, Milaarc the mind-control vampire, and Elza the chompy-tailed werewolf. They’ve murdered a lot of people in cold blood, but they’re also a very cute found family, so it’s impossible to say if they’re good or bad, really.

They’re probably the weakest villains in the series, and get constantly bodied by the Gears, but they do get to show off some pretty cool attacks doing it, like Vanessa shooting missiles from every conceivable place in her body, Milaarc making clones of herself, and Elza having a detachable tail with a giant mouth. But these cool attacks are more a curse than a blessing to them, and they want nothing more than to shed these monstrous forms that were forced upon them by the Illuminati.

So they try to get God’s help, and She just turns them into complete monsters instead. Thanks, Shem-Ha.

So there are two “Custodians,” or “Gods” here – members of an alien race who created humanity and ruled over them for a while. Shem-Ha was their biological engineer, who originally designed humanity as a kind of computational botnet, but then tried to turn around and Instrumentality them to gain more power for herself or something, I still don’t really understand this whole thing all that well. Enki is the one Fine had a crush on, and the one who ghosted her to go sacrifice himself sealing away Shem-Ha a few thousand years ago to stop her from doing whatever thing she was trying to do.

But then Fudou dug up and revived Shem-Ha to try to use her as a weapon, which went about as well as you would expect, and now the only thing keeping Her from regaining her full power is - you guessed it - the moon. What a perfect note for Symphogear to go out on.

I don’t have like a big scene or anything picked out since this panel was originally presented like a month after XV finished airing and I didn’t want to spoil anything, so here, have a cool shot of all the Gears: 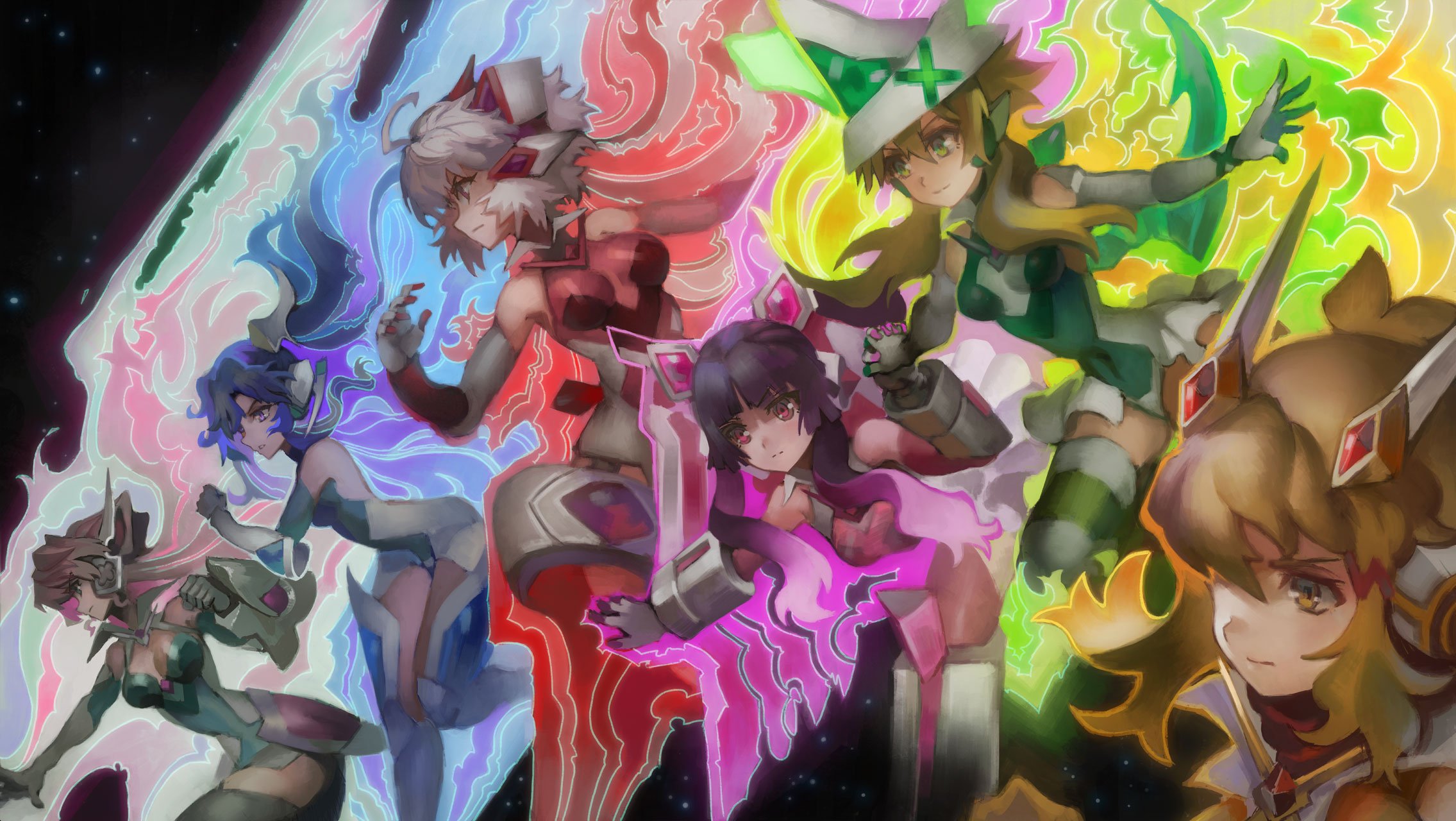