By shedding many tears, the reality you face is…

So by this point Symphogear’s on a regular 2-year release cycle, and July 2017 gives us Symphogear AXZ: “By shedding many tears, the reality you face is…” 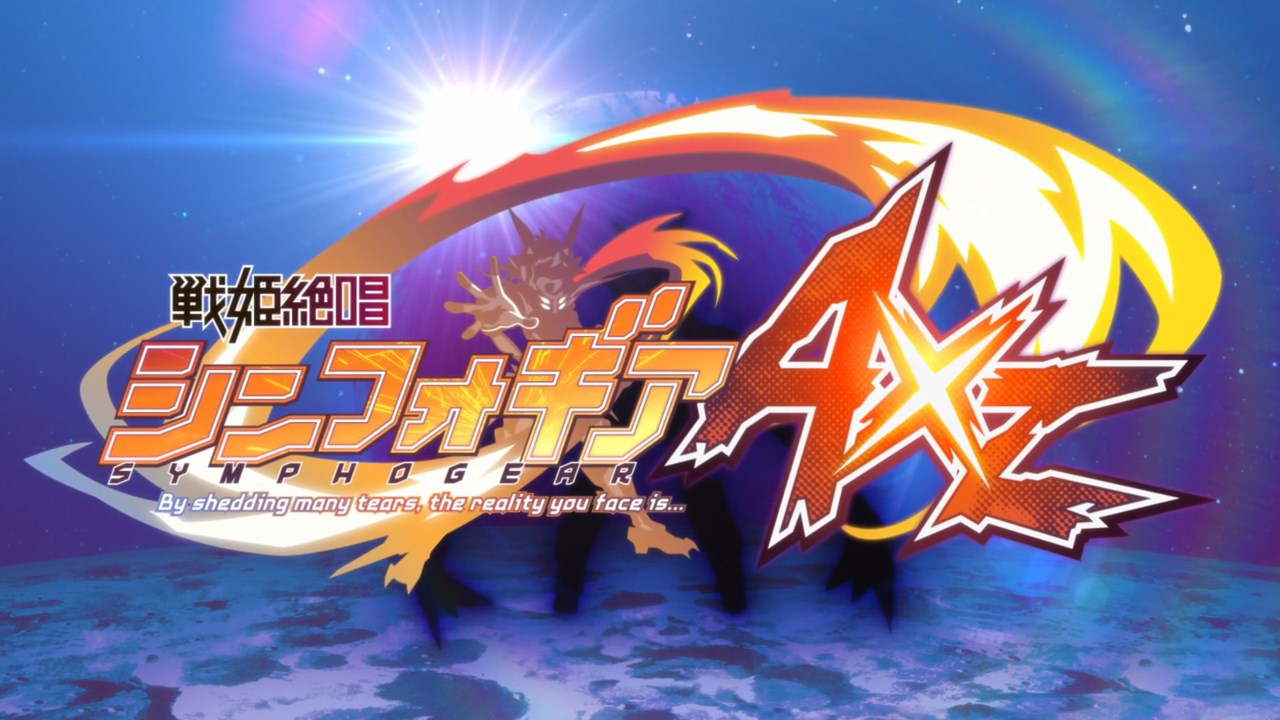 To be honest, it feels like the taglines for GX and AXZ should’ve been swapped, this felt much more like the “Believe in justice and hold a determination to fist” season.

AXZ has a more serious tone (by Symphogear standards, anyway), and actually succeeds at pulling off many of its more ambitious, heavier ideas in a way that GX struggled to do. It’s no bastion of subtlety and nuance, and there’s still some weird takes like Maria’s mind-dive, but overall the character arcs and conflicts feel more natural, and parts like Chris’s arc with Stephan and Sonia are pretty well-done.

Most notably, Hibiki’s ideological clash with the Illuminati is genuinely interesting on a level beyond just raw hype, which is something I haven’t felt about Symphogear since season 1. Hibiki’s almost-thoughtless desire to save every individual person at any cost comes to a head with Saint-Germain’s almost-overthought desire to save the whole of humanity at any cost, in a way that lets them play both foil and complement to each other extremely well.

On the other hand, that darker tone, plus the way it replaces a lot of the musical elements with alchemy (there’s not even a concert scene!), does make AXZ feel overall less… Symphogear. The final boss fight especially felt more like a stock JRPG boss battle than one of the giddily creative setpieces from the previous seasons. It also doesn’t really bring any lasting new additions to the series, which adds to that weird feeling of disconnect. Even now, several years later, I still haven’t fully unpacked how I feel about it.

But that said, pretty much every episode had several moments that elicited audible outbursts of “Wait WHAT??? DID THAT JUST HAPPEN?!?!” And really, isn’t that what we’re all here for?

AXZ is all about the Gears coming to terms with their pasts, and trying to figure out what they’re truly fighting for as they confront an enemy who largely shares their goals but has a very different approach to getting there.

The conflict brews up as the trans Illuminati, with over 70000 confirmed kills, try to use alchemy to conjure the power of god so they can abolish all hierarchy and bring about a new world order, but their leader - a naked flying embodiment of patriarchy in a fedora – would rather sacrifice them and take the power for himself and his robot groupie instead.

As I kind of alluded to before, the Bavarian Illuminati feel to me – design-wise, ability-wise, and character-wise, like they were dropped into Symphogear from another series, or maybe just a JRPG. They don’t talk nearly enough about blowing up the moon, for starters.

What they DO talk about is bringing an end to oppression, a quest they’ve been on for centuries. Using the secrets of alchemy, the Illuminati’s top brass have lived for hundreds of years attempting to harness the Power Of The Gods into a revolution against oppressors. Philosopher’s Stones in hand, and the weight of thousands of sacrifices on their backs, it’s a power they fought Finé for long ago, and for which they now fight the Symphogears she created.

The Illuminati’s top brass of alchemists is led by the charismatic Saint-Germain (voiced by Ayahi Takagaki’s Sphere bandmate, Minako Kotobuki), who wields her philosopher’s stone as a gun. She’s been the driving force behind their ideology and their centuries-long struggle to abolish the systems of oppression that led to the death of her mother and her horrific abuse as a child. Upon recruiting Cagliostro and Prelati to the cause, she used her alchemy to grant them the “perfect bodies” they would need to reach their full potential - in other words, they’re women now.

Impeccable trans icon Cagliostro (voiced by real-life time traveler Shouta Aoi) wields a set of philosopher’s stone-laced brass knuckles, and is by far the most entertaining (and the most animated) of the bunch. She loves nothing more than to toy with her prey - the chase of battle sends her female hormones a-boiling over. Cagliostro’s women’s intuition leads her to harbor a deep distrust for the director of the Illuminati; her only true loyalty lies with her comrades Saint-Germain and Prelati.

The uh… “youthful” Prelati (voiced by Rina Hidaka, who is somehow both Last Order from Index and Michiko from Michiko and Hatchin) carries around a cute stuffed frog and uses - no joke - a giant kendama game as the vehicle for her philosopher’s stone. You know, the game with a hammer and a ball on a stick where you try and catch it on top? Oh, and she can ride it like a motorcycle. Yeah, that highway chase scene, man. Prelati has no interest in the rest of the Illuminati’s dealings; she’s only there to follow Saint-Germain. In battle, she prioritizes doing whatever makes it more fun, which I guess kind of explains the kendama thing.

The three of them carry a revolutionary spirit, which contrasts against Hibiki’s radical compassion to form two sides of a coin that, in the end, need to come together in order to topple the domineering patriarch that is Adam, director of the Illuminati. 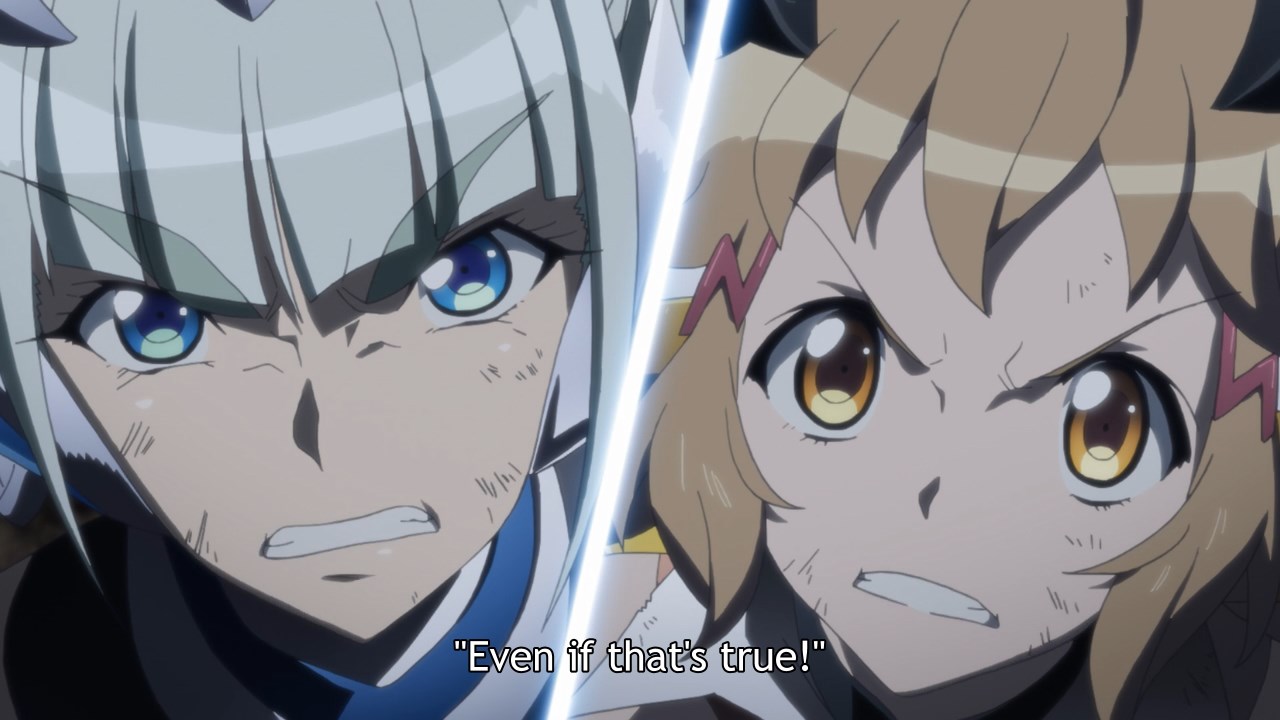 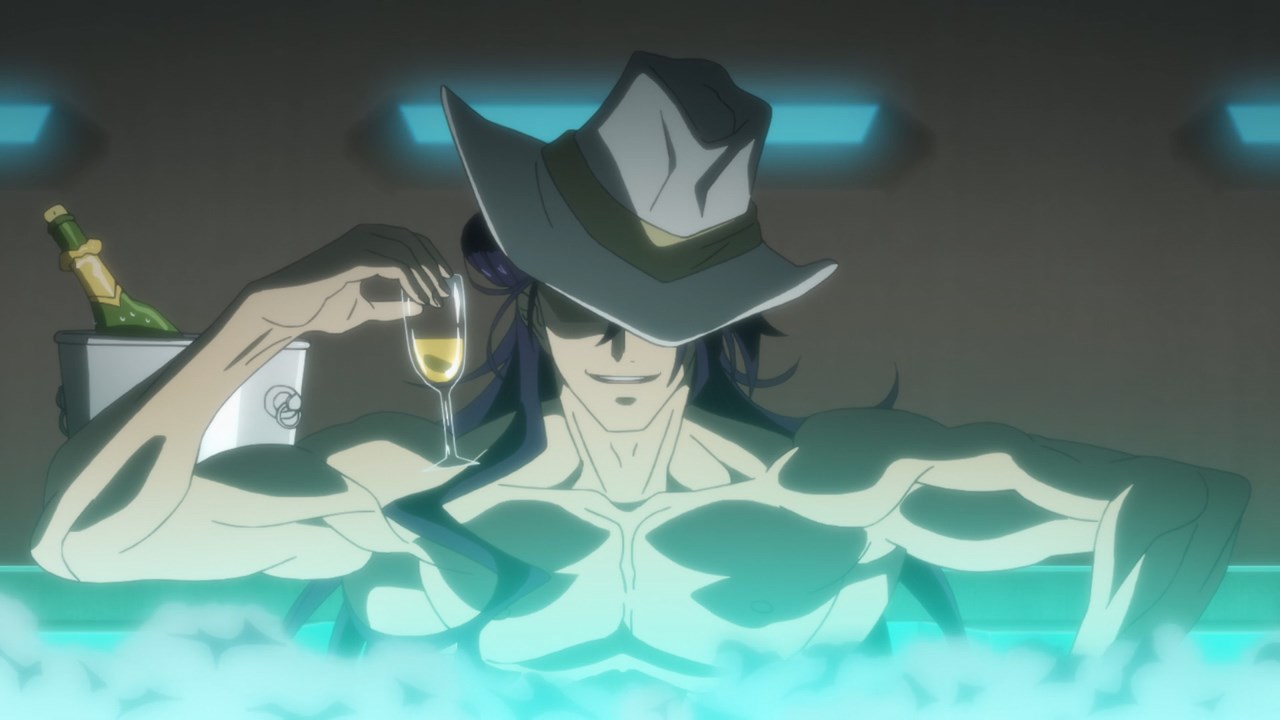 (I had to censor this clip for the panel and I thought the censor I used was really funny so I left it in, please enjoy)

I don’t think I need to say much more than that.

(Except that he’s voiced by god-among-seiyu Shinichiro Miki, who has almost certainly been the voice of a character you love)

Oh, I almost forgot about Tiki, the autoscorer-in-name-only who is hopelessly enamored with Adam. Her design isn’t as cool as the other autoscorers, and I don’t really like her that much as a character, but she is also just so chaotic (and voiced by Hina Kino, the inimitable Hanako from Asobi Asobase) that she occasionally produces some absolute gold: