Next up, we’ve got Nana Mizuki’s very own self-insert character, Tsubasa Kazanari – the proud and strong-willed protector of the group. She was raised to be the perfect warrior – a defender of Japan and the very embodiment of a sword – and her personality reflects this: Tsubasa is coolly serious, unflinchingly competent, and intensely loyal.

Like Lady Nana herself, Tsubasa is also an extremely talented singer. Tsubasa’s been a professional idol since the age of 15, and it’s been great to watch her music career develop over the course of the show, with each season’s concerts getting more impressive than the last.

She wants nothing more than to share her strength with the world through her songs, to transcend the barrier of language with the universality of music.

Tsubasa “Her Hair Is A Music Note” Kazanari

I mean, look, her hair is even shaped like a music note!

I’ve had to deal with this knowledge since 2013; it’s high time I shared the burden.

Tsubasa is the series’ wounded warrior, she’s the one I most wish I was able to give a big hug and tell her it’ll be okay.

The very first thing that happens to her in the entire series is her love and inspiration dying in her arms, and from there she has to deal with some punk kid taking Kanade’s place, her extremely messed-up family situation, and the concerts she puts on – the thing that gives her courage and fulfillment in her life – constantly being interrupted by death and devastation.

It’s no wonder she keeps falling back to her “I am not my own person, I am only a sword” coping mechanism – being Tsubasa is suffering.

It’s certainly cathartic to see her overcome her demons and learn that it’s okay to express herself, but please, leave this poor girl alone, let her be happy, she deserves it more than anyone!

That means you, creepazoid.

Tsubasa “Why Don’t You Tell Me In Bed” Kazanari

Because the happiness the show lets her have is precious! Since she has it so rough, she’s very easily flustered, and it’s wonderful whenever a show of genuine kindness makes her stoic facade melt around her.

She and Maria are particularly adorable together, as Maria’s taken up the mantle of trying to bring Tsubasa out of her shell. If the two of them could just… tour the world together, sharing their love and their music without her grandpa sending some evil bat lady to murder everyone, it’d… can they please? That’s all I want, really.

Tsubasa’s also secretly a bit of a slob, but don’t tell her I told you that. I think it’s pretty cute

Tsubasa “I Studied The Blade” Kazanari

Tsubasa brings a dignified power and a Japanese flavor to her songs, with the help of Nana Mizuki’s enka training. Chants and traditional instrumentation decorate her singing. And Tsubasa, as you might think, sings about swords

SLICING THROUGH THE WIND IN THE MOONLIGHT

A WARRIOR OF EARTH, SEA, SKY, AND BLUE FIRE

TIGERS AND DRAGONS AND BUDDHAS FALL TO HER BLADE

FOR NO MATTER HOW MUCH BLOOD SHE MUST SPILL

EVEN IF SHE MUST SHATTER

SHE WILL GIVE ~WINGS~ TO DREAMS

Also, several of her b-sides are about Kanade, and man, if that doesn’t just stab you right in the heart.

Tsubasa fights with the blue Symphogear, Ame no Habakiri, which is named after a legendary sword from Shinto mythology. Her sword can take on all different shapes and sizes, from a traditional katana to a hilariously large buster sword to a rain of daggers to a pair of flaming blades on her feet that she wields by breakdancing, it’s incredible.

She’s also got a motorcycle that can, itself, turn into a sword, which in turn makes her a sword, holding a sword, riding a sword. Tsubasa’s awesome you guys.

Let’s see her show off that motorcycle, do her duty as a protector, and get a glimpse of her sensitive side.

Here she is catching some sick air (how many motorcycles has she trashed at this point?) to dump some water on an overheating Hibiki.

Tsubasa’s sword skills are second-to-none: watch her slice some Noise into dust in midair as she dives from the sky to bring Maria to a safe landing (using her swords as a jet-powered surfboard, of course).

But that battle-hardened exterior hides a soft gooey center, and there are very few people she trusts enough to share it with.

I sadly don’t have enough material for an entire page on her, but after that last scene, I want to give a shout-out to Tsubasa’s second wing: Kanade a girl who deserved far more than she got. The original Gungnir Girl, who fought tooth and nail for every scrap of phonic gain she got, who gave Tsubasa every ounce of support she needed, and whose legacy is immortalized in every loving flick to Tsubasa’s forehead. 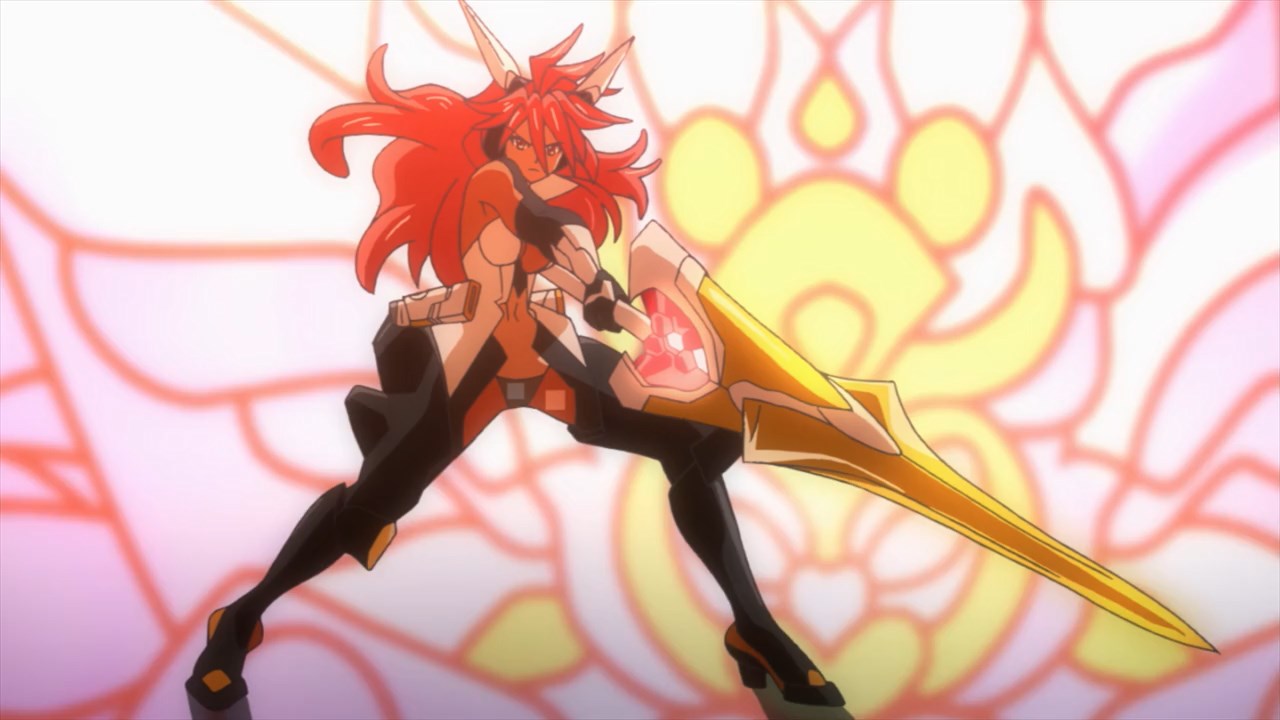 (Bonus fact: Kanade was voiced by the legendary Minami Takayama, voice of Detective Conan and singer of the rad-as-heck Gundam Wing OP)