Meteoroid-falling, burning, and disappear, then…

The first season of Symphogear came out in January 2012, proudly announcing itself with the tagline “Meteoroid-falling, burning, and disappear, then…”. For the uninitiated, each season’s uproariously tacky English tagline is one of the most endearing parts of the Symphogear experience. 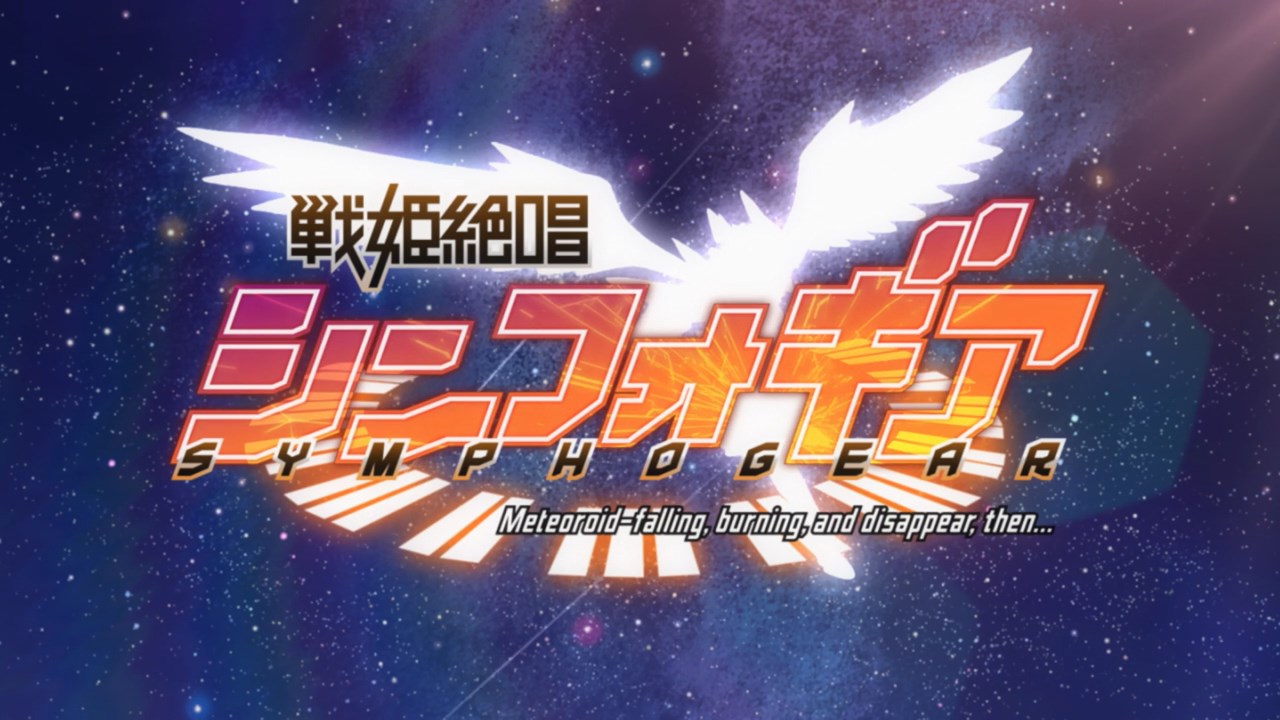 Now season 1 has a reputation for being the worst season, and like, I get it.

The production values are a far cry from the later seasons, it doesn’t have the other three gears, all that.

But my hot take is that this is still my favorite season of the show.

It has the strongest emotional core: it builds up to some great trademark over-the-top Symphogear nonsense, while still allowing plenty of space for the characters to breathe.

While I love the later seasons to death, the increasing need to always have some big action setpiece happening came at the expense of the smaller character moments that had given the earlier seasons so much heart, IMO.

Because for our heroes, the story is actually a pretty touching one about the traumatic Noise attack that changed their lives forever, and how they discover that they don’t have to shoulder this burden alone.

But it’s the villain plots where Symphogear gets its reuptation for being off-the-wall crazy, and season 1 starts this off strong.

Season 1 of Symphogear is about an ancient Babylonian priestess trying to blow up the moon with a giant laser cannon made out of the tower of babel so she can tell god she’s had a crush on him for like ten thousand years.

In all their missions to save the world, there’s one enemy the Symphogears have to keep fighting the most - the Noise. The Noise are essentially the “putties” of the show, to use a Power Rangers analogy; they’re these unthinking blobby eldritch abominations from another dimension that dissolve both themselves and any human they touch on contact (wearing a Symphogear makes you immune of course).

The Noise are mostly used as the punching bag enemies that are there to show off all the cool Symphogear attacks wiping out a bunch of bad guys without any real plot consequence (and boy is it satisfying to watch one of the Gears plow through a bunch of them), but that doesn’t make them any less threatening when they catch someone unarmed or are let loose in a big crowd - they’ve racked up quite a body count over the course of the series. Their designs are also pretty inventive - it’s always cool whenever they introduce a new type of boss Noise to fight.

And that Babylonian priestess who wants to blow up the moon? Her name is Finé, and she is – in some way – the cause behind basically everything that’s happened in every season of the franchise. She’s lived for thousands of years - she created the Symphogears, she controls the Noise, she battled the alchemists, she got involved with the gods.

Finé walks around her base naked, speaking some of the, uh… finest English you’ve ever heard, courtesy of legendary voice actress Miyuki Sawashiro. She abuses Chris in ways that most of us prefer not to think about too much. Her soul is embedded in her genetic heirs, making her functionally immortal. Her relic has capabilities on par with even video game bikini armor.

Can Hibiki win the heart of this ancient evil? Well, yes, of course she can; she’s Hibiki. But not before Finé does this!

May this show never be accused of not just… going for it. All the time.