Believe in justice and hold a determination to fist.

July 2015, Symphogear GX roared into the picture, following up G with the franchise’s most iconic opening scene, and its most iconic tagline: “Believe in justice and hold a determination to fist.” No more ellipses, no more hesitation, and an absolutely beautiful mix of powerful sentiment and questionable translation. 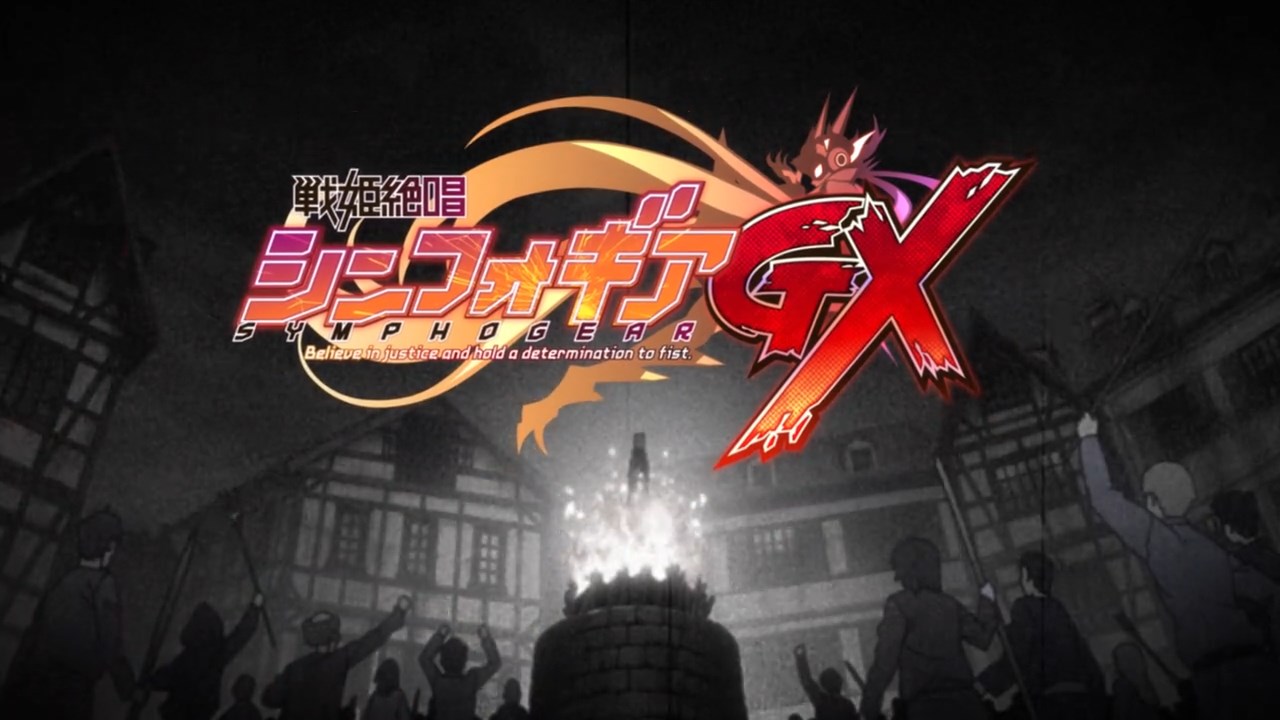 My feelings about GX are… complicated. GX is the point where I think Kaneko’s ambitions overshot his capabilities a bit. Which is fine, I prefer a show to aim high and miss than succeed at being mediocre. GX aims very high, and when it hits, it HITS.

The cold-open, the midpoint fight, and the final battle are all PEAK Symphogear, and visually, GX is another step up from G. GX contains some of the greatest moments in the entire series. Hibiki punching a hole in K2 and suplexing a space shuttle is probably the single scene that has introduced more people to Symphogear than any other.

Elfnein is also an adorable addition to the team; she’s so earnest and sweet and gets along so well with everyone and it’s nice to have a science officer who isn’t (purposely) trying to sabotage S.O.N.G.’s efforts for once.

And in theory, I love love love Carol and the Autoscorers - fantastic character concepts with killer designs and memorable personalities, and a chance to break away from the Noise with some villains that can give the Gears a real fight. 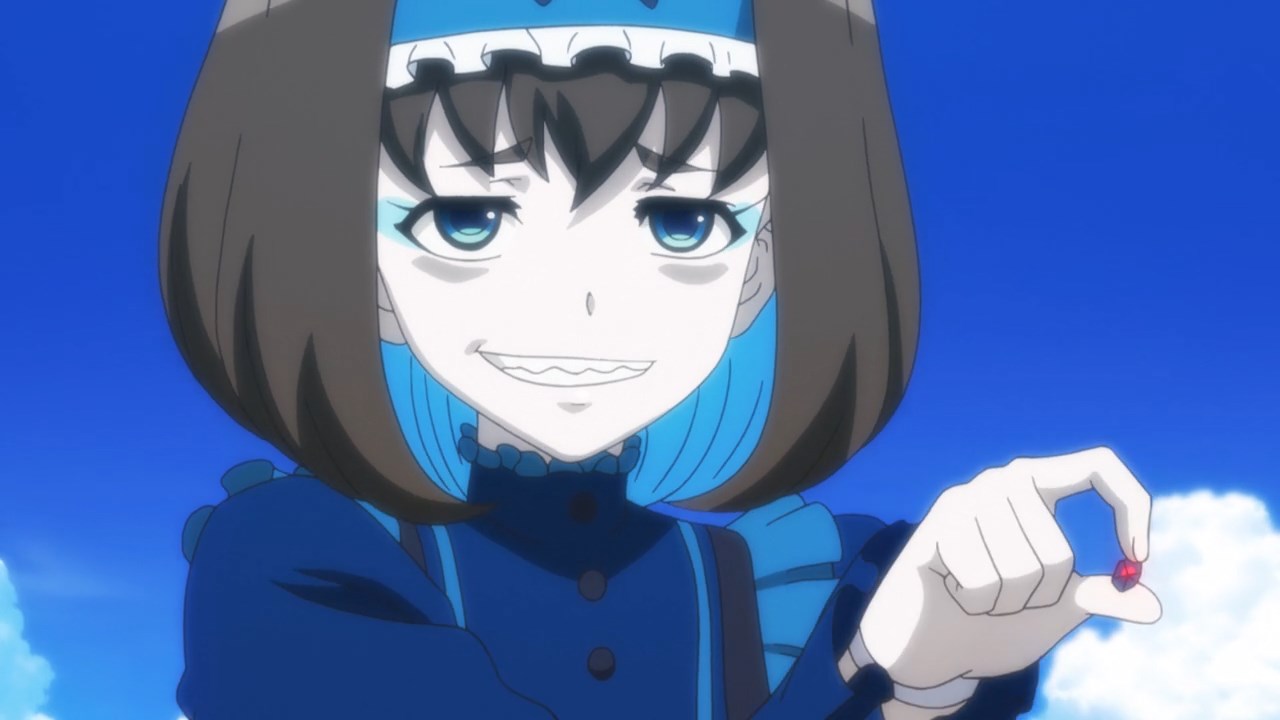 But these things I loved in theory were all-too-often undermined by clumsy execution. The emotional challenge of the ignite modules didn’t end up amounting to much before becoming just another ability to turn on. The family themes turned into a mess of frustrating misunderstandings and an unearned redemption arc. The standalone episodes brought up new contrived conflicts to resolve in 20 minutes rather than flesh out the struggles that had already made the characters who they are. The Autoscorers ended up being Noise dispensers that were trying to lose their fights, and Carol’s motivations were so unhinged that it undermined what otherwise could’ve been a good backstory.

The ingredients here are all great, but they could’ve used a bit more time in the oven is my main beef (not that it has to be beef).

But on that note, GX also gave us the beef stroganoff song, so how can anyone really say it didn’t live up to its potential?

The villain plot this time is a complete departure from previous seasons - this time the villain wants to blow up the earth instead of the moon! GX features a 300-year-old alchemist girl who’s built a flying magic castle to transmute the entire planet into its constituent particles – ostensibly to discover the root of all knowledge, but mostly to get revenge on the world because her dad was burned at the stake for being a witch for using alchemy to cure an entire village of the plague.

Our main villain this season goes by the name of Akira Tachibana. He claims to be Hibiki’s dad, but I don’t buy it because Hibiki says she doesn’t have a-

Oh, wait, hold on, apparently he isn’t meant to be the villain this season? But… but this serial child-abandoner is clearly the bad guy here. Who else could possibly be the main villain?

Who else but Carol and the Autoscorers! My new favorite 50s rock-n-roll band composed entirely of player pianos! Seriously, though, the Autoscorers are probably the best enemy concepts and designs in the entirety of Symphogear: what could be better than a team of tarot-card-themed dancing music box robots based on the four elements and named after angels? Like, what a fantastic idea, and they’ve all got so much character, too. Leiur is flashy and suave, Phara is elegant and confident, Garie is smug and rotten, and Micha is childish and merciless.

My biggest complaint is that I wish they’d played a more consequential role in the story and we’d gotten to see them fight more, instead of throwing out some Alca-Noise and leaving.

Like, I get that they really wanted to use Nana’s new Noise design, but still…

And then there’s Carol, the Murderer of Miracles hereslf. Voiced by Inori Minase, who’s had quite a few big roles like Rem and Hestia, but in my heart, she’ll always be Chi-chan from Girls’ Last Tour.

Carol is extremely powerful, but her songs don’t come cheap: she powers her alchemy by burning her own memories, which is why she made Elfnein as a backup, using the high-level alchemical technique of “copy and paste”.

Like with much of GX, Carol is a great character weighed down by clunky writing (real talk, this is also the problem with Top Dad). Her self-righteous arrogance and tragic circumstances make her a great villain, and she’s powerful enough to be a match for six Symphogears, but her motivation for “dissecting the world” is based on a pretty flimsy interpretation of her dad’s last wishes (possibly due to all the memory loss?).

She’s got an absolute banger of a villain song, though. 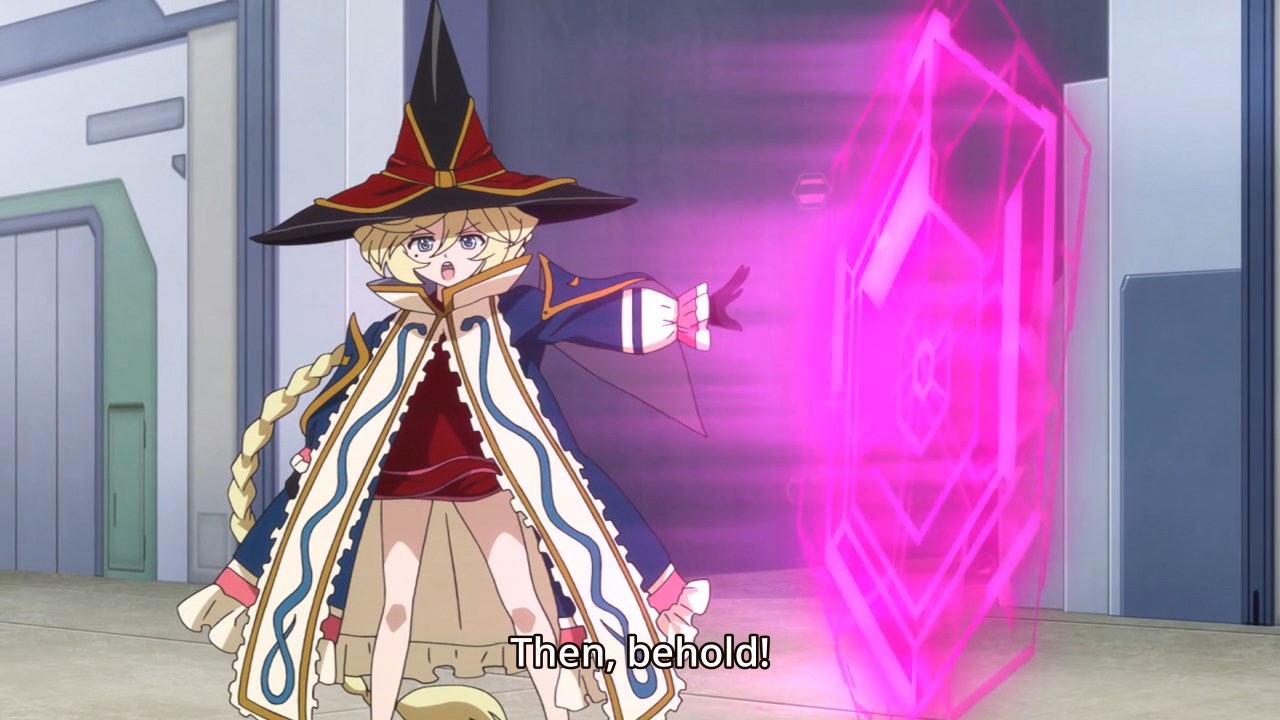 So yeah, here she is single-handedly taking on six Symphogears as she gets ready to blow up the earth.

Garie Is Best Autoscorer Don’t @ Me

Oh, also, just gonna throw out there, Garie is the best Autoscorer. Here is my evidence:

I am not accepting feedback at this time.

Oh, you thought I was done? I’ve got another whole slide’s worth of these:

And just for you, here’s some bonus, online-only content that I couldn’t fit on the slides:

I think I’ve made my point.

(I like all the other Autoscorers a lot too. They are all extremely good.)

Thanks to @ladyinverse for taking some pics at the panel at AWA and letting me share them here! Technically this is from one of Hibiki’s clips, but I thought I’d include it in the Autoscorers section as a token of goodwill to Micha fans.